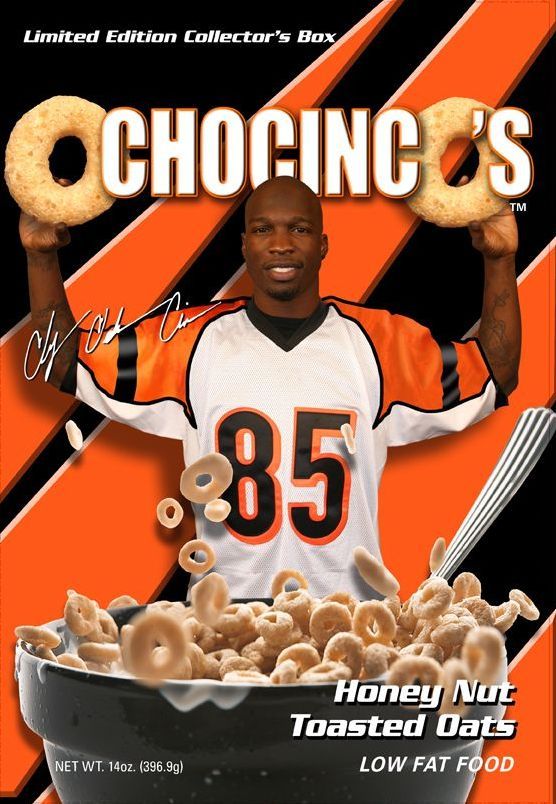 Chad Ochocinco's  cereal was pulled from the shelves of grocery stores due to the toll free number that was on the box.  Instead of reaching the charity "Feed the Children" charity supporters reached a sex line with a seductive female voice on the other end.

The Bengals' receiver apologized via Twitter, "Awe man im bummed about the cereal number mixup on the cereal, trying to do good and got messed up, of all numbers why that one!!! Sorry."

"For those who were offended by the mixup my deepest apologies but i was only bringing awareness to a charity that im a huge part of, SORRY."

Chad was trying to do a good thing by raising money for "Feed the Children", but was this an honest mistake?  Maybe it was a prank.  To me it almost seems like it was planned.  I mean it is a pretty big mistake  to get those numbers mixed around. But maybe the copy editor for Ochocinco's called both numbers often and got them confused.

Either way it is publicity for Ochochinco's and "Feed the Children". Any publicity is good publicity, right?

Hopefully the people who wanted to donate to "Feed the Children" can do so without the phone sex. Or with it if that's how they role.