I think we all knew it was coming, but no one wanted to think about. The Seattle Mariners most famous player is retiring. The 40 year old Griffey told the Mariners that he was done playing and manager Don Wakamatsu made the announcement before their game against Minnesota.

As always Griffey remained classy, on his retirement he said, "While I feel I am still able to make a contribution on the field and nobody in the Mariners front office has asked me to retire, I told the Mariners when I met with them prior to the 2009 season and was invited back that I will never allow myself to become a distraction. I feel that without enough occasional starts to be sharper coming off the bench, my continued presence as a player would be an unfair distraction to my teammates and their success as a team is what the ultimate goal should be."

Griffey had been a perennial All-Start outfielder and is 5th on the career home run list with 630. In the 1990's he was considered by many to be the best player in baseball, but injuries took their toll and his production started to decline, yet he still finished with 630 home runs. If he played full seasons in 2001-2006 he would likely be approaching Babe Ruth's 714 home runs and within shouting distance of Hank Aaron's 755.

In my opinion Griffey is the best moder baseball player who never cheated. Derek Jeter and Albert Pujols are rivaling him along with a few pitchers. If he's not a unanimous first ballot hall of famer then I don't think we'll ever have one, I'd let Griffey into Cooperstown tonight if it were up to me. 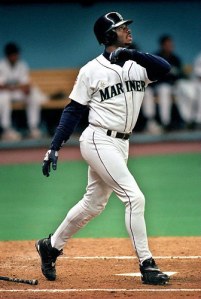