“The Lineup: New York’s All-Time Best Baseball Players,” is a new original series and interactive fantasy game that will determine the best baseball players in the history of New York.

They are  30-minute episodes that present a number of nominees for consideration at each position, from the Yankees, Mets, New York Giants and Brooklyn Dodgers, with one episode dedicated to the best New York manager of all-time.

There is a cool fantasy game that goes with the whole series on MSG.com. Viewers can see how they stack up against The Lineup's experts. Fans will try to predict the five players who will be nominated each week and ultimately who will be selected as the starter in the final “Lineup.” Participants will receive points for each correct pick and will be eligible for weekly prizes such as signed memorabilia from baseball greats like Don Mattingly, Joe Torre, Reggie Jackson and Derek Jeter. At the end of the series, the participant with the most points will win a Grand Prize. The site will also feature chats for fans to interact and debate each position, quizzes about the nominated players, photo and video galleries, and player statistics for fans to comb through before making their picks.

They are already a couple episodes in, but you can still play for the weekly prizes.

Tonight, Tuesday, April 27th at 10:30PM is the next episode, the panel will choose NY's All-Time Best Left Fielder. Will it be Rickey Henderson? Dave Winfield? or how about Monte Irvin? So many greats, but only ONE SPOT! Check out photos of the top left fielders here

If you missed last week's episode of "Shortstops," check out more extended and uncut footage of the panel discussion here. 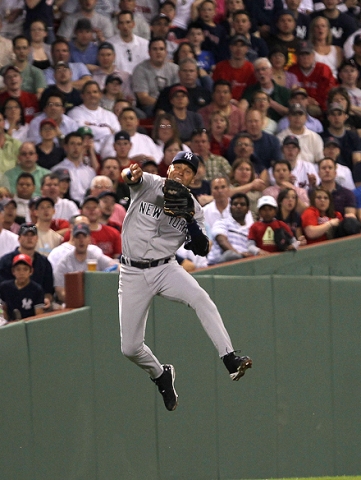 This week's winner will win a signed baseball from the legendary pitcher Dwight "Doc" Gooden.

I am in it to win it, plus it is an interesting series be sure to check it out.