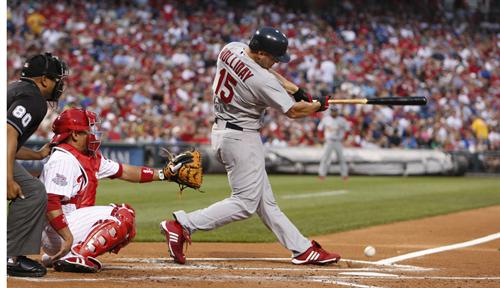 "The chance to win was always a big point for me," Holliday said on the Doug Gottlieb show. He also added "Albert is the best player in the history of baseball in my mind."

"Well, I think first of all going into free agency I had in the back of my mind that I really liked my time in St. Louis and felt it was a good fit for me and my family." Hard to believe their is a more diehard baseball town outside of New York.

He added: "At the end of the day we decided that was best for us."

It will be interesting to see if the Cardinals will have enough money to resign Albert Pujols when his contract runs out in 2 years.

Anyone who wants to say, "that's a lot of money for a guy who can't catch a fly ball." Shut your mouth, Holliday is a good defensive outfielder and he won't let that catch define his career.