Vince Young celebrated the Titans victory last night by high fiving a ref as he left the field. Some radio analysts have been trying to take issue with this, saying it portrays the ref was 'working' with Vince during the game. I say it's a reaction to someone extending their arm to high five you. What do you guys think? Issue or not? 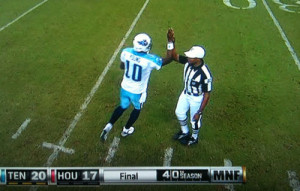 With this new picture (via Sports Pickle), it looks like this maybe wasn't quite a spur of the moment thing? Maybe referee Jerome Boger had the Titans in his eliminator pool? This picture looks like it may have been photoshopped though, since Vince does not appear to be running like he does in the first picture. 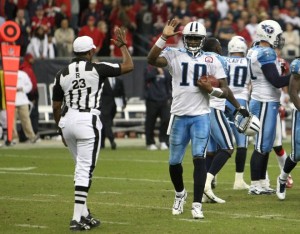