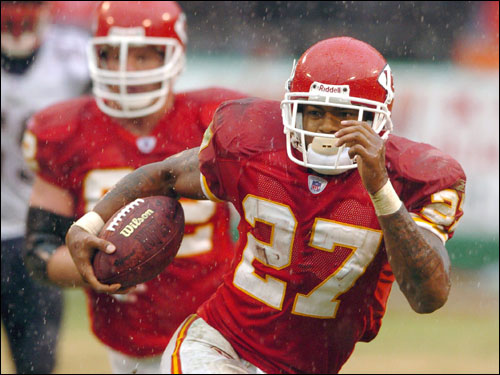 Here is the Petition

I would have to agree that Larry Johnson is pretty terrible. I wouldn't want him to be represented as the all time leading rusher on my team.

Since Larry Johnson is playing so poorly you would think they would bench him anyway. Jamal Charles stats are better. I think they are probably just playing him because they are paying him.

Last time I looked there was 9000 signatures. I don't really know what a significant amount is, but these articles starting popping up at 1000, so I would say it is somewhat significant.