26 years ago this week Kansas City Chiefs running back Joe Delaney died. Delaney was drafted in 1981 with the 21st pick in the 2nd round out of Northwestern State. Delaney was named the UPI AFC Rookie of the Year in 1981 after gaining 1121 yards on just 234 carries. Unfortunately Delaney played just one more season before his life came to a tragic end.

Delaney had a lifelong history of helping others, and once paid for the funeral of a former teacher whose family could not afford a proper service. Delaney, who was at the time living in nearby Ruston, Louisiana, went to Critter's Creek with friends on June 29, 1983 and had encouraged children that were swimming not to go far out in the pond. There were three boys swimming in that pond around two in the afternoon. As they waded out farther and farther away from the shore, they would soon find that the bottom dropped off. Screaming and thrashing in the water, only one man in a crowd of people stepped forward.

A 24 year old 2nd year running back for the Kansas City Chiefs.

"Can you swim?" a little boy asked Joe as he took off for the water. "I can't swim good but I've got to save those kids. If I don't come up, get somebody." Unfortunately for the Kansas City Chiefs and the rest of the world, those were the last words of Joe Delaney as he died while trying to save the kids.

One of the boys was able to find his way to the shore. One died at the hospital. The police recovered the body of Delaney and the other boy. 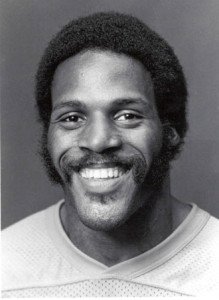 President Ronald Reagan, honored Delaney with the Presidential Citizens Medal saying, "He made the ultimate sacrifice by placing the lives of three children above regard for his own safety. By the supreme example of courage and compassion, this brilliantly gifted young man left a spiritual legacy for his fellow Americans"

ProFootballTalk.com honors Delaney's heroism through an award for one of the NFL's best running backs who also demonstrates admirable character and unselfishness, traits that were embodied by Delaney.