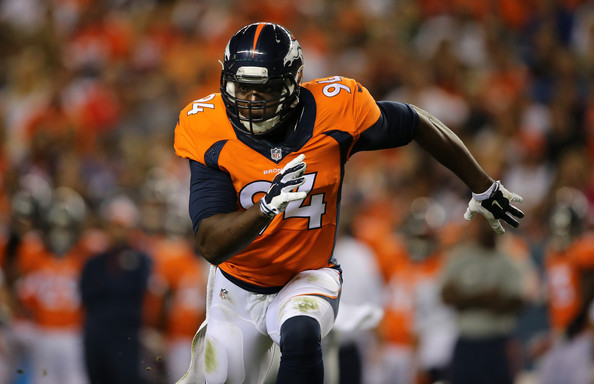 Some seven months after the Seahawks thoroughly demolished Peyton Manning and the Broncos, 43-8, in Super Bowl XLVII in New York, the two are all set for a rematch in Week 3 in Seattle. This matchup between the NFL’s two best teams has the potential to be one of the most watched – not to mention one of the most wagered on – regular season NFL games of the year.

Indeed, the apparent need for sports betting resources like SportsbookNation, a site offering sportsbook reviews, has shown that the industry is alive and well. America is putting money behind their NFL picks. But where’s best to put your cash in this huge game?

The defending Super Bowl champions open as favorites when they host Denver in Seattle. However, they head into the big game against the 2-0 Broncos coming off a Week 2 road loss against the San Diego Chargers and are only barely favored at all when you consider that most home teams are generally spotted three points (Seattle is -3 on the point spread).

You need look no further than San Diego to understand why. The normally air-tight Seahawks defense allowed 30 points, the most they’ve allowed since losing 34-28 to the Colts at Indianapolis 17 games ago. Meanwhile, the Seattle offense never really got going. Russell Wilson threw for only 202 yards while Marshawn Lynch was limited to 36 yards on six carries.

While the Seahawks are looking a little vulnerable after the loss, they are a different animal at home. They’re an incredible 18-1 in their last 19 home games, and went 4-0 at home against the Saints and 49ers last season, winning each by six or more points.

No matter how dominant Seattle is at home, the Broncos’ offense is still one of the best in the business. Peyton Manning continues to chug along, passing for 511 yards and six touchdowns while completing almost 70% of his passes and without throwing an interception.

But perhaps the big difference has been the Broncos defense. Hyped as much-improved throughout the offseason, Denver’s D has delivered with consecutive game-saving stops against the Colts and Chiefs. The reason why Denver invested so much in this unit was so it could beat the very best teams – like the Seahawks – in more ways than one. The wisdom of that investment will get its first true test this weekend.