The New York Knicks are an awful basketball team. A team coming into 2013 with championship aspirations dropped their 6th straight game last night and are now 3-10 on the season. 1 1/2 game worse than a Celtics team whose best player is Jeff Green. Carmelo Anthony is just 42.9% his worst career mark since 2003 and is shooting just 32.7% on threes. His rebounding is nearly 3 rebound per game higher than his career high, but he's not getting any help from his teammates and he's not exactly helping them out much either.

Many people loved the offseason signing of Andrea Bargnani, but he hasn't meshed well with the team thus far and without Tyson Chandler to anchor the defense this team is a long shot for 30 wins. If I were a betting man I'd be placing a decent amount on NBA betting at Topbet.eu on the under for New York Knicks season win totals. The Knicks cannot compete this year with this roster and if the Knicks want to compete in 2014 they need to find someone willing to take on Amar'e Stoudemire's atrocious contract and it's probably going to take dumping Iman Shumpert and probably Tim Hardaway, Jr as well. 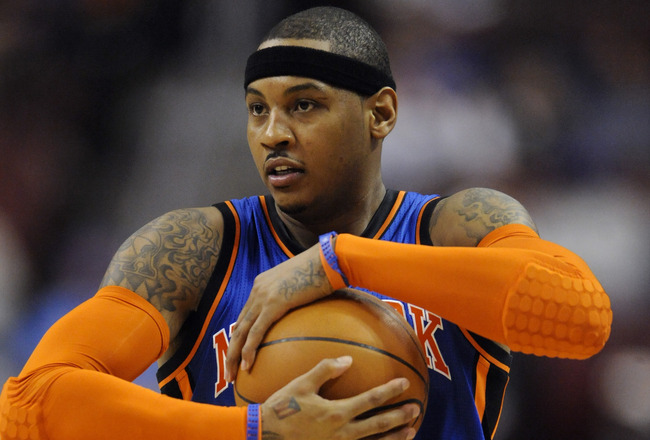 The Knicks will have to build through the draft because superstars and even 2nd tier stars aren't going to play with Carmelo. He's a selfish player who has never averaged more than 3.8 APG in a season and has a 3.1 career average. As selfish of a player as Kobe Bryant seems to be he's had 9 seasons with a 5 assist per game average or higher and a career 4.8 average. As long as Carmelo stays a shoot first player and the Knicks have Amar'e Stoudemire on the roster they're going to struggle to even be a playoff contender. Give it up now Knicks and play for the 2014 season and the great players coming out of that draft.