Brett Favre still says he hasn't decided yet? He said he is still injured? That sounds like a good excuse for someone to join the team at the 4th preseason game? [via FanHouse]

Mike Tyson says his life was a fucking waste of time?  Mike Tyson goes in depth a little on how he looked at himself, and a few other items.  Mike Tyson maybe a little crazy, but he does a pretty good  Q&A? [via Details]

MLB All Star Game Ratings were the worst ever?  Lebron's Decision scored higher ratings than the All Star Game? Conclusion?  Making the All Star game worth something doesn't mean people will watch it? [via Digital Sports Daily]

Lambeau Field wants the Big Ten title game? I am all for snow bowls and snowy Big 10 title games, but Green Bay?!  It's freaking cold there in December.  Maybe the Big 10 should help Cleveland out and have them host it. [via ESPN]

Golden State Warriors sold for $450 Million? Really good news for the Warriors, they get a chance to become a solid franchise if this owner treats them like the Celtics? [via USA Today]

Looks like someone took Bill Simmon's Hulk Hogan to NWO Quote and pasted LeBrons face on it.  I still prefer the original?

Ryan Reynolds is Green Lantern, here's what it is going to look like: 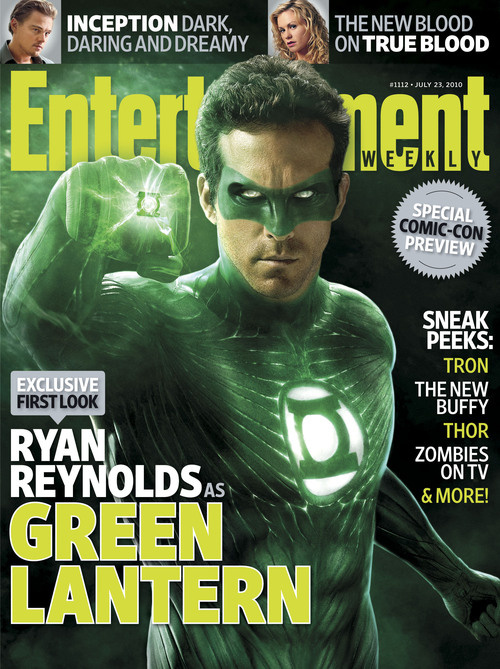 Or is he Red Bacon?