I am determined to make a daily post full of relevant sports links and anything I feel fit to post. So if you have any good links send us an email info@backseatfan.com

New Orleans Hornets' Chris Paul Open to Trade? Pretty much stating he wants out and wants to be on a winning team [via ESPN]

Tracy McGrady want's to sign with the Lakers? Who doesn't?  [via Belmont]

Carolina Panther's Steve Smith will be out 10 weeks for breaking his arm in his YMCA flag football league..  Maybe Tony Romo will start to rethink joining every single rec league available. [via The Sporting News]

NHL Announces Schedule? Millions Thousands of Hockey across the US rejoice [via NHL.com]

A look at the different shapes of outdoor MLB baseball parks? It's missing Indoor stadiums, and new Twins Stadium?  Bust still is pretty damn cool.  Can someone please create a fancy interactive version? [ via snippets] 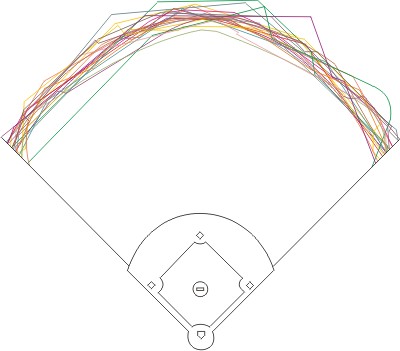 Why won't they let me do this at the Rose Bowl?