Brian Cushing failed a steroid test at the beginning of the 2009 season and was just recently suspended for it. Now he's coming out saying he passed a lie detector test asking him if he took steroids during the season. Of course he passed the test! His failed test was during the preseason and another failed test means a year suspension. If these before and after photos don't tell you what he's been doing then you need to stop being a USC homer.

If Cushing failed the test for a non-steroid substance he needs to come out and say what it was. He's not going to get any respect from anyone hiding behind the NFL's CBA. 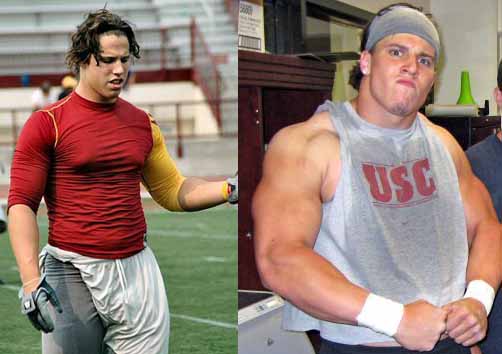