I am 95% sure that Kurt Warner is going to announce his retirement tomorrow. He has been contemplating for years, and tomorrow is going to be the big day. Kurt Warner is not the type of person to just schedule a press conference to talk about himself playing another season. There's no need for an announcement like that.

I have followed him since he was in the NFL and you can tell that it is time. Plus, Since he is a fellow University of Northern Iowa Alumni I think I understand him pretty well. Go Panthers! 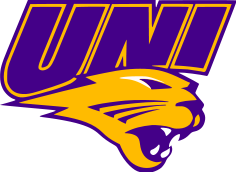 In my opinion he is a future hall of famer. He has won a Super Bowl, taken 2 separate teams to the Super Bowl, and I think it was a joke last year that they even question it.

The big question is, with Kurt Warner leaving can Matt Leinart step up and take over? I really don't think the Cardinals have any other option. He knows the system, and can execute it better than someone like Sage Rosenfels.

He will in no way be as good as Kurt Warner right from the start. But maybe over the years he will progress and get significantly better. He won't have anyone pushing him for the starting position right away, (unless they bring in Brad Johnson or some other free agent). So it will be interesting how he takes over the job. I think he has matured, minus a few beer bongs here and there.

But hey, what else can the Cardinals do? Offer Warner more money? Maybe. Try to attract Brett Favre? Probably not. Maybe get Jake Plumber out of hand ball tournaments? I think we found the Arizona Cardinal's next Quarterback!

Congrats to Kurt Warner for a great career, maybe I'll see you on the golf courses in Arizona!